Discover things to do in Fiambalá Catamarca: Tinogasta, the Adobe Route, the Six Thousand Route, the Tatón Dunes, hot springs to relax and much more.

Northwest Argentina has wonderful landscapes and the southwest of the province of Catamarca is not far behind. Cultural and relaxation circuits are added to the mountainous landscape and the puna.

Crossing Route 40 from Belén, you reach the detour on Route 60 that leads to the towns of Tinogasta and Fiambalá, and then reach the border with Chile along the road known as the Six Thousand Route.

The mountain range landscapes with the Catamarca puna in the foreground, make this place one of the best places to visit in the province along with the area of Antofagasta de la Sierra (before here we made a visit to Campo de Piedra Pómez which was unforgettable).

Let’s take a tour with everything there is to see in Fiambalá and surroundings.

Map – Things to do in Fiambalá Catamarca and surroundings

We have prepared a map with everything there is to see in Fiambalá and its surroundings. The most important cities where to make a base are those marked with an orange star: Fiambalá, Tinogasta and Londres (below you will find the recommended accommodations).

🔝 Thinking of traveling around the province? Check out our recommendations for places to visit in Catamarca.

Located on the outskirts of the town of Londres, on Route 40, the ruins of Shinkal were one of the main Inca settlements in the region during the 15th and 16th centuries.

Located in the middle of hills, the archaeological site had a large central plaza and two small hills on its sides, one of which was used for the worship of the gods.

Part of the original stone perimeter walls and the Kallanca, a large shed that was used as a storehouse, are still preserved. In the central part of the old square, the so-called Ushnu, a large stone throne, was located.

The entire tour is guided and it takes approximately one hour to walk around the site. In addition to the archaeological value of the site, where excavations are still underway to uncover the cemetery and other parts of the Inca settlement, there are beautiful views from one of the hills.

The visit is complemented by a small museum with a large model of what the settlement was like in the 15th century and how archaeologists worked on the site.

📌 Entrance fee to the Shinkal Ruins: 500 pesos per person (≅ 2 €) in 2022 and includes both the guide, the tour of the archaeological site and the museum.
Prices in Argentina change constantly due to inflation (the price in € is for reference of what the exchange rate would be).

2. Adobe Route, one of the attractions to do in Fiambalá

The Adobe Route is a tour of old colonial buildings made of this material between the town of Tinogasta and Fiambalá, in the Abaucán Valley.

Adobe was a material widely used for construction years ago, because it is a thermal insulator both for the high summer temperatures and for the sub-zero temperatures in winter.

When traveling along Route 60 between Tinogasta and Fiambalá, there are several stops to make and get to know the main attractions of the area. Adobe Route. These are:

12 kilometers from Fiambalá, in a dream place at an altitude of 1550 meters, the hot springs are a place to relax. It is, without a doubt, one of the main attractions to see in Fiambalá and its surroundings.

The hot springs emerge at over 1700 meters above sea level and then concentrate in stone pools with different temperatures ranging from 28 to 50 degrees. Among its qualities, thermal waters are said to have relaxing and medicinal properties.

The views from the stone pools are exceptional since the hot springs are surrounded by mountains. In the thermal complex there are cabins and inns for lodging and a restaurant area. It is all very well put together for your enjoyment.

🏨 Do you want to stay at Fiambalá hot springs? Reservation at the Mini Hosteria Termas. 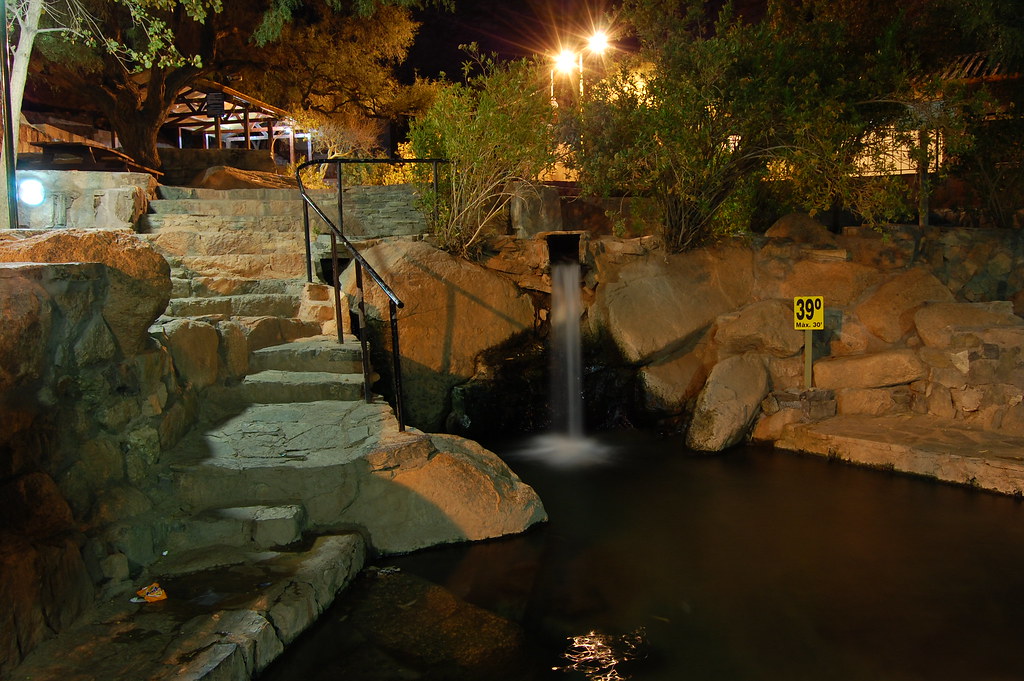 4. Things to do in Fiambalá: the Six Thousand Route

Route 60 from Fiambalá to the international pass of San Francisco is known as the route of the Six Thousands due to the large number of mountains and volcanoes above this height that surround the road.

The road is completely paved up to the border crossing with Chile, so it is suitable for all types of vehicles.

The scenery is truly breathtaking, with the mountains in different shades ranging from pinks, greens and yellows. Also, during the trip you can see animals of the puna such as vicuñas, guanacos, llamas and flamingos in the lagoons.

Among the highest peaks along the way are the Ojos del Salado, Pissis, Incahuasi and Tres Cruces mountains. All of them are higher than six thousand meters, only below Aconcagua as the highest mountains in the Andes Mountain Range. 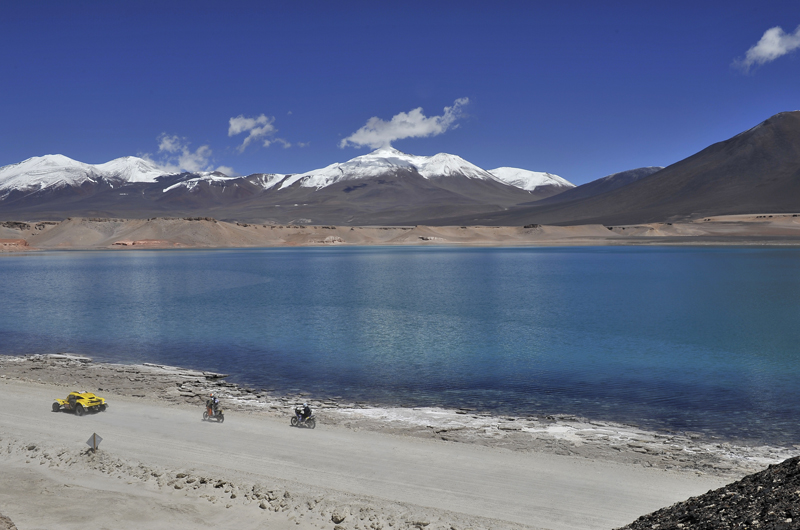 At 90 kms from Fiambalá is the Hostería Internacional de Cortaderas, a five star hotel with expensive prices. You can spend the night there or stop for a bite to eat at the restaurant. To make a reservation, you can write to their Facebook or send a whatsapp to the phone numbers listed there.

From Fiambalá along route 34 you reach the towns of Saujil, Medanitos, and finally Tatón, the latter is accessed by a gravel road. These villages have a particularity in common, the large sand dunes that are inserted in the mountainous landscape.

At an altitude of over 2000 meters, the dunes are among the highest on the continent and are remembered by many because the Dakar Rally has passed through these landscapes.

We visited what is known as the magical dune of Saujil, a place where in the middle of hills and an arid landscape there is an imposing dune of great height.

Sandboarding is very common in these places, in fact you can rent boards in Fiambalá, and ATV tours.

If you want to see the dunes in all their splendor there is a viewpoint with Christ the Redeemer in Medanitos. From this place, located on the top of a hill and accessible by an ascending gravel road, the dunes of Tatón can be seen in the front part between the mountains.

Where to stay in Fiambalá or Tinogasta

Where to stay in Fiambalá

One of the best options to stay in Fiambalá is the boutique hotel Casona del Pino, located in the center of the city. A hotel located in a 19th century mansion built with adobe, carob tree doors and cane roofs, with unbeatable views of the mountains.

🏨 Do you want to look for other options? Find here the best hotels in Fiambalá.

Where to stay in Tinogasta

Tinogasta is another alternative to choose lodging near Fiambalá and everything there is to do in the area. It is a large town with supermarkets and a little cheaper than Fiambalá which is more touristy in comparison. A good lodging option in Tinogasta is Hostel Sisabel, a warm and quiet place, with rooms facing an inner courtyard.

🏨 Do you want to look for other options? Find here the best hotels in Tinogasta.

Where to stay in Londres, the closest hostel to the Shinkal Ruins

Londres is the closest town to the Shinkal de Quimivil Ruins and, thinking of visiting this place, we stayed at Hostal Las Cañas. It is located at the end of the village, but is the closest to the ruins. It is a very simple and familiar hostel with rooms of all types, both for families and beds in shared rooms.

🏨 Do you want to look for other options? Find here the best hotels in Londres Argentina.