One of the most beautiful but less visited provinces of Argentina, with volcanoes, mountains and colonial architecture. We tell you things to do in Catamarca Argentina.

The province of Catamarca, more precisely the Puna Catamarca, has landscapes that seem to be taken from another planet. A large number of volcanoes, some with their black hue, rock formations millions of years old that look like you are stepping on the moon, salt flats, high mountains and the adobe present in the architecture of colonial origin.

Although it is a province that is not among the most visited by Argentines themselves, we fell in love with its nature, the friendliness and simplicity of the people. In addition, it is an economical place to travel, eat and sleep is cheap.

Map with places to visit in Catamarca Argentina

What is the best time to travel to Catamarca Argentina?

The best time to travel to Catamarca is between autumn and spring (March, April, May, September, October and November), when the weather is moderate and the maximum temperature does not usually exceed 30 degrees Celsius.

Next, we are going to list the places you should not miss when traveling to Catamarca.

One of the best things to do in Catamarca is to visit the Pumice field, located about 36 kilometers from the nearest town, El Peñón.

Product of ancient volcanic eruptions and thanks to the action of the wind, this surface of about 30 kilometers was transformed into small elevations of pumice whose colors turn between white, yellow and pink. It is really impressive to see the entire surface and walk on it, it looks like a great sea of rock.

The excursion must be done in a 4×4 vehicle and with a guide since most of the road is gravel and sandy and is not signposted. In addition, during the five-hour tour you will pass the base of the Carachi Pampa volcano and the lagoon of the same name, where you can observe flamingos and llamas.

📷 Book here the private excursion to the Pumice Field from El Peñón.

🔝Check out this article on how to do the tour to the Pumice field.

One of the best places to visit in Catamarca is the Galán volcano. The excursion must also be done in a 4×4 vehicle and with a guide. The tour crosses places of breathtaking beauty, passing through mountains of different colors, salt flats, lagoons and spotting native fauna such as vicuñas and flamingos, until reaching the crater of the Galán volcano, at an altitude of 5100 meters above sea level.

The Galán volcano is characterized by having the largest vent in the world, with a diameter of 45 kilometers. Among its lagoons, the Diamante Lagoon stands out. In addition, during the tour you will visit the fumaroles and hot springs. Not to be missed!

📷 Book here the private excursion to the Galan volcano with its lagoons and fumaroles.

In the Puna Catamarca there are two salt flats that are worth visiting on a guided excursion. One is that of Antofalla, next to its small town at 3860 meters above sea level. Surrounded by red hills and volcanoes, it stands out for the large surface of the salt flat and the small lagoons with different colors called Ojos de Campo.

The Hombre Muerto salt flat can be reached by route 43 after crossing inhospitable places of the Puna Catamarca, such as the Alumbrera volcano. This salt flat is located at about 4000 meters above sea level.

📷 Book here the private excursion to the Hombre Muerto salt flat in 4×4.

Where to stay in El Peñón or Antofagasta de la Sierra

It is not necessary to go to Antofagasta de la Sierra to make excursions to the main surrounding places such as Piedra Pómez field or the Galán volcano, but you can make a base in this city as well as in El Peñón.

In El Peñon we stayed at La Pomez cabins, run by the owners, a very nice couple. He has a restaurant in the main hall of his house and with them we made the excursion to Campo de Piedra Pomez. Highly recommended. One of the best hotels is Hostería de Altura El Peñón, where most foreign tourists stay. 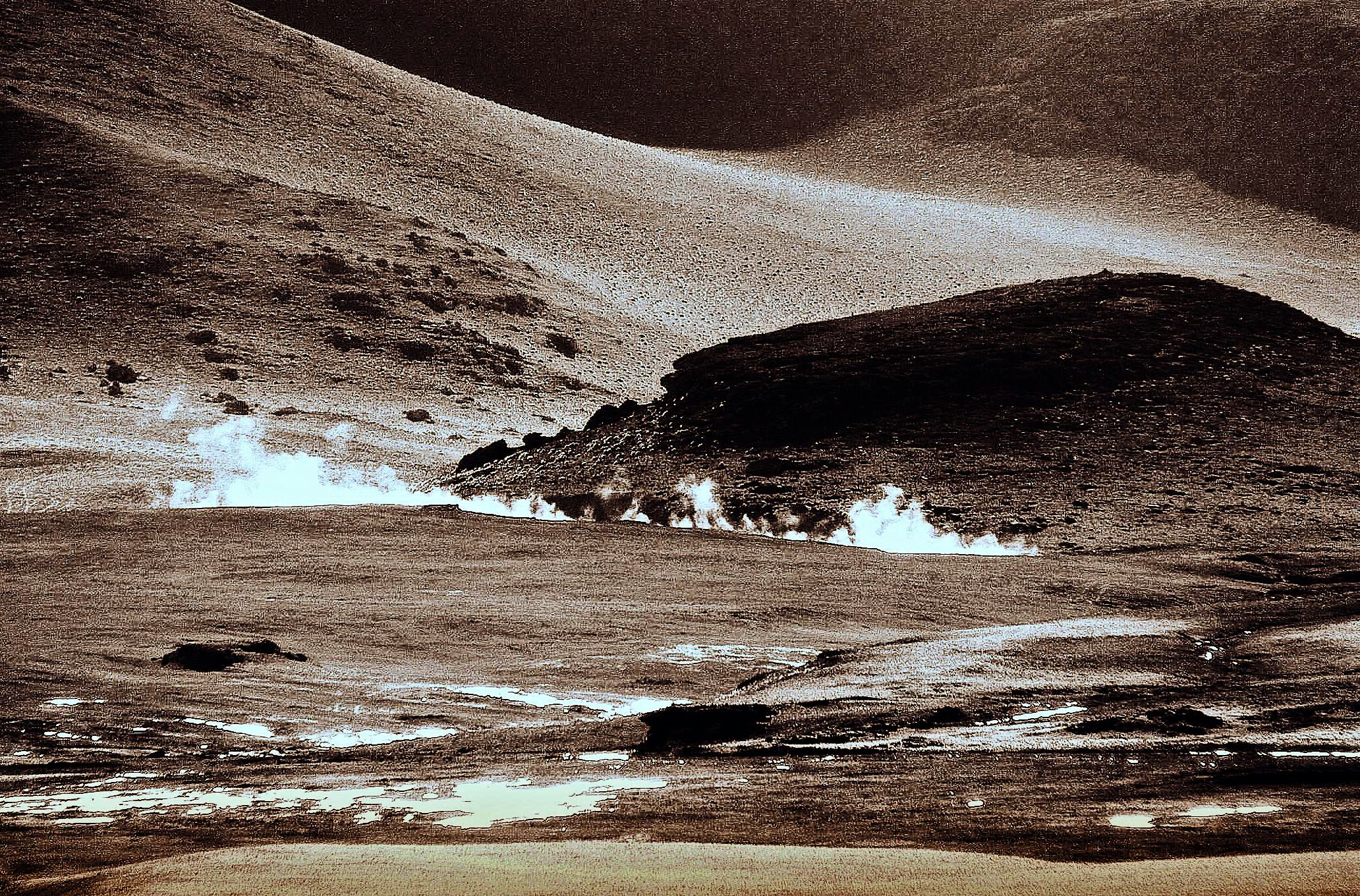 3. Adobe Route, one of the best places to visit in Catamarca.

The section of Route 60 between the towns of Tinogasta and Fiambalá is home to one of the treasures of Catamarca, the old adobe buildings.

In the past, adobe was the material of choice for construction due to its thermal insulating properties for both heat and cold. There are several relics that have been restored after damage caused by earthquakes and can now be visited.

Among them, churches such as Andacollo or Nra Sra del Rosario in Anillaco or old military fortresses that today function as hotels. To see the complete route, visit our article of places to visit in the Adobe Route in Catamarca.

Discovered not many years ago, the ruins of Shinkal were one of the main Inca settlements in the area that had its heyday between the XV and XVI centuries. The archaeological complex is located in the town of London.

During the one-hour guided tour you can see the ancient central plaza and two small hills on its sides, one of which was used for the worship of the gods. Other places such as the warehouse and perimeter fences are also preserved. Its surroundings of hills and trees give the place a special charm.

At the entrance to the site there is a museum with a large model that gives an idea of the magnitude of what was this Inca settlement.

Where to stay in Londres, the closest hostel to the Shinkal Ruins

Londres is the closest town to the Shinkal de Quimivil Ruins and, thinking of visiting this place, we stayed at Hostal Las Cañas. It is located at the end of the village, but is the closest to the ruins. It is a very simple and familiar hostel with rooms of all types, both for families and beds in shared rooms.

In Belen, 10 kilometers from Londres, two good accommodations are Hostería Las Cardas with a swimming pool and mountain views, and Hotel Wisz-v with comfortable rooms and excellent service.

🏨 Do you want to look for other options? Find here the best hotels in Londres Argentina.

5. Fiambalá Hot Springs, one of things to do in Catamarca Argentina

It’s time for a little relaxation in the visit and what better than to do it in the hot springs of Fiambalá, one of the most touristic places in Catamarca, where the hot water springs naturally.

The hot springs not only invite you to disconnect, but also its location on a hill at an altitude of 1700 meters allows you to have privileged views of the surroundings.

There are several stone pools to enjoy, where the water temperature varies from 28 degrees to 50 degrees. In addition, the complex has a restaurant, tables to eat and even cabins and an inn to sleep in.

🏨 Do you want to stay at Fiambalá hot springs? Reservation at the Mini Hosteria Termas.

Where to stay in Fiambala

One of the best options to stay in Fiambalá is the boutique hotel Casona del Pino, located in the center of the city. A hotel located in a 19th century mansion built with adobe, carob tree doors and cane roofs, with unbeatable views of the mountains.

Tinogasta is another alternative to choose lodging near Fiambalá and everything there is to do in the area. It is a large town with supermarkets and a little cheaper than Fiambalá which is more touristy in comparison. A good lodging option in Tinogasta is Hostel Sisabel, a warm and quiet place, with rooms facing an inner courtyard. Casagrande Hotel de Adobe is another alternative, which maintains its original architecture and has a swimming pool.

🔝 Check out this article about things to do in Fiambalá and surroundings.

6. Things to do in Catamarca, the Six Thousand Route

The Six Thousand Route covers some 200 kilometers from the town of Fiambalá to the San Francisco border crossing, on the border with Chile. It is a fully paved road and owes its name to the number of mountains and volcanoes that exceed 6000 meters of altitude, which makes it one of the essential places to visit in Catamarca.

The great attraction of the tour is the landscape surrounding the route, with rock formations of different colors mixed with salt flats and lagoons. In addition, the presence of native animals along the way such as vicuñas, flamingos and llamas make it even more beautiful.

Among the highest peaks along the way are the Ojos del Salado, Pissis, Incahuasi and Tres Cruces mountains. All of them are higher than six thousand meters, only below Aconcagua as the highest mountains in the Andes Mountain Range.

As a tip, if you are going to travel the Six Thousand Route without crossing into Chile, it is advisable to leave early and with a full tank of gas, since there are no gas stations along the way. Also, be aware of the day’s weather, due to wind and cold with the possibility of snowfall.

The only place located on the Six Thousand Route is the Hostería Internacional de Cortaderas, a lodge with comfortable rooms to sleep in the middle of the Catamarca puna, or even to stop and eat if you are returning to Fiambalá during the day. 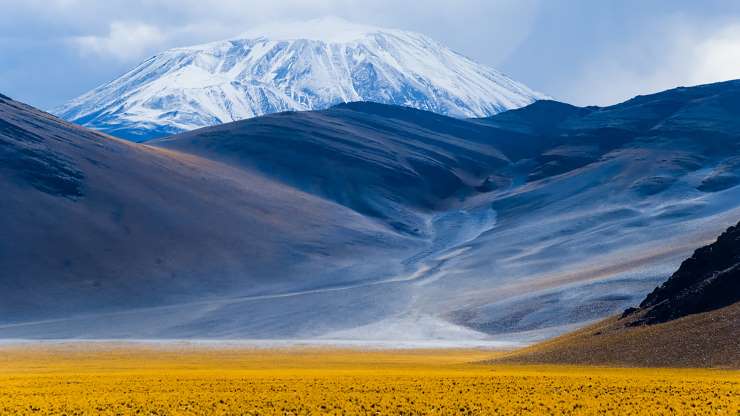 7. The dunes of Tatón and Saujil, another place to visit in Catamarca.

In the towns of Saujil, Medanitos and Tatón, accessible by route 34 from Fiambalá, there are large sand dunes in the middle of the mountainous landscape. The dunes have gained fame due to the fact that it was the scene of the Dakar rally years ago.

The height of the same reaches over 2000 meters, making it one of the highest in the continent. Sandboarding can be practiced by renting boards in the town of Fiambalá.

To see the dunes in their full dimension, it is best to go to the Cristo Redentor viewpoint in the town of Medanitos. You will see the large elevations of sand surrounded by the mountain.